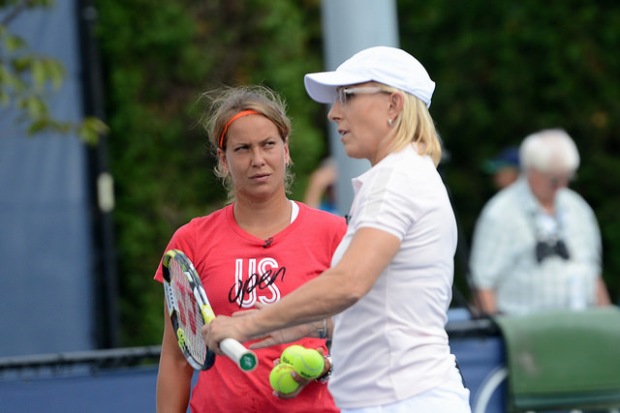 But what about Rafael Nadal? The winner of nine titles with a 66-1 record at Roland Garros?

“I wouldn’t write him off,” Navratilova said. “You can’t. You just cannot. People tend to write people off too soon. I mean, Roger Federer said himself, until Rafa loses at the French he still has to be a favorite. You can’t just throw out the last ten years based on the last few months.”

With Nadal like seeded No. 7 — we will know for certain tomorrow when the draw is revealed — his chances of winning dwindle. Ranked below the Big 4, the Spaniard could face Andy Murray, Federer, or Djokovic as early as the quarterfinals, making a run to the final even more of a climb.

“Before it was like, I don’t want to get embarrassed playing Rafa and now they think they have a chance. That’s a huge edge to them. Rafa’s forced to play even better to beat the same guy. So, it’s kind of a nasty spiral that happens.”

Navratilova also suggested that, with time, players have improved to the point where they can hit top spin with more conviction, making Nadal’s job of overcoming whatever physical and mental problems he may be suffering more troublesome. Murray’s aggressive tactics in the Madrid final, which he won, demonstrated without doubt that an attack was feasible, and his took aim at the 2,000+ revolutions/minute typically generated off Nadal’s racquet. 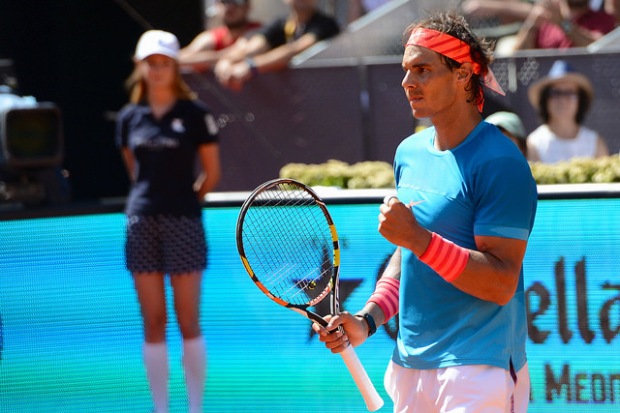 “I think the other players are playing better and hitting a lot more topspin on the ball, hitting the ball harder, which does not give him time to run around his backhand and dictate with the forehand,” Navratilova explained.

“He has to be more in the middle of the court.”

With his forehands landing shorter and nerves tangling with a desire to bolster confidence, Nadal’s edge in Paris could require a rapid rise in consistency — something that’s never assured. His Madrid semifinal over Tomas Berdych was brilliantly executed; Nadal moved and grooved to the beat of his former self.

The next day, though, he faltered badly, something we rarely have seen from him.

One huge advantage remains in Nadal’s corner: the best-of-five format. The French Tennis Federation and the tournament director should put most of his matches on Court Philippe Chatrier. The court has been a perfect fits for his game.

It’s his home court, and comes with all its advantages — especially feelings of inspiration and success.

“So much will depend on the draw,” Navratilova believes. “It will also depend on who gets hot and how the draw plays out. We really don’t know.”

But more than likely, according to the Czech-born American, Djokovic and Williams will reign supreme.

“All in all, if you just look at how this year has played out, it would be hard to, again, bet against Djokovic,” Navratilova said. “And the same thing on the women’s side. Serena Williams, even though she’s had an odd run up to the French. In years past, the run-up really had nothing to do with how she did at any Grand Slam.”

After the conjecture, she seemed assured no one outside the Top 10 — on either the men’s or women’s side — would or could penetrate any draw to surpass the higher ranked and seeded players.

But she also defined a dark horse as someone who hasn’t won a major title.

“They would just have to beat too many quality players. There could be an opening in the draw. But to win the whole thing? That’s a tall order.”

“Suarez Navarro, given that she can beat anybody, but I don’t think she has the firepower to go all the way. But you could see her in the final,” Martina said. “Petra Kvitova is playing amazing tennis. Caroline Garcia can beat anybody, on a given day.”

As far as threats from the men, Navratilova mentioned Murray and Berdych, though they “seem to falter still, against the top guys.”

Nick Kyrgios was another possible bearer of bad news.

“With that serve, [he] can give anybody fits.” 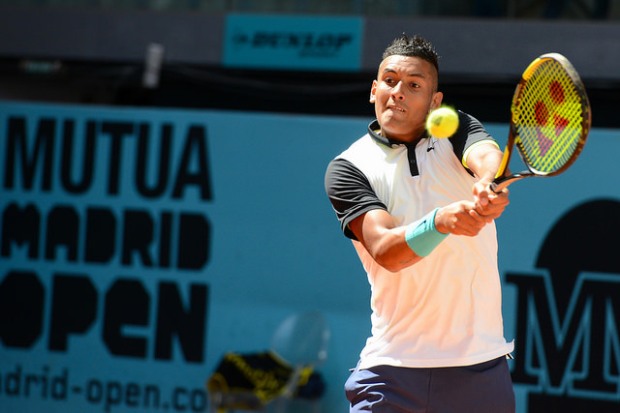 We should remember that Mats Wilander won Roland Garros in 1982, on his first entry, at 17 and unseeded.

Gustavo Kuerten was the last player to really rattle a French Open draw. In 1997, he was ranked No. 66 and won the tournament. Along the way, he defeated three former champions: Thomas Muster, Yevgeny Kafelnikov, and Sergi Bruguera in the final.

The same year, Iva Majoli upset Martina Hingis in the women’s final. The Croatian was seeded No. 9, and remains the lowest seeded women to have ever won the French Open. It was also the only Major she won.

And who can forget Robin Soderling? In 2009, the Swede ousted Nadal from Paris as he sought his fifth consecutive title. Instead, he was handed the one loss he carries into the fortnight this year, 66-1. Soderling was seeded No. 23, then. He lost to Federer in the final, his one French Open victory. We’ll get a better sense of who will be in — and who will be on their way out — tomorrow, when the draws are out.

Until then, à bientôt…

2 Comments on Who Has the Goods? Navratilova Weighs In on French Open Favorites