The Tennis Island was founded in 2014 by Twitter’s most persistent prodigies and best friends gang, Victoria Chiesa and David Kane.

Follow the Island action @TheTennisIsland, and email all of your questions to thetennisisland@gmail.com! 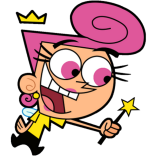 A faithful tennis fan for the past decade, Victoria discovered her passion for writing in high school. She decided it’d be cool to combine those two things, and here she is. After spending a year with Tennis Grandstand, she became an online and print contributor for Tennis View Magazine in 2013. She has also been known to umpire junior tennis on weekends, and the occasional Wednesday. Her ponytail is not as bouncy as Eva Asderaki’s, but she enjoys brief jogs on the beach, emphatic overrules, and New York style pizza.

David is a lifelong tennis fan and Long Islander who began writing about the sport in 2010. A recent graduate of Macaulay Honors College at CUNY Hunter, he became an online and print contributor for Tennis View Magazine after a year with Tennis Grandstand. His work has been linked to by Sports Illustrated Tennis, and he spent the summer compiling match reports and publishing editorial content for USOpen.org. David enjoys Big Babe Tennis, Little Babe Tennis, and everything in between. He also enjoys pizza.

Inspired by childhood idol Steffi Graf (and not Boris Becker), René started playing tennis when he was 8 years old. Nine years later he started teaching tennis and eighteen years later he’s in the process of finishing his studies in Mainz, Germany to become the official WTA/ATP Weatherman (maybe). Backhands down the line are his daily bread, binge-watching TV shows his weekly bane and running along the Rhine river as well as shanking forehand volleys are his distractions from everything else. René likes pizza (and all other food) but he’s aware of the danger it presents during interviews.

Sam has been a sports fan since birth — and a Wimbledon-watcher since 2007 — but it wasn’t until mid-2012 that he started following tennis on a week-to-week basis. A journalism major at the University of Florida, he hopes to merge his love of sports and writing for a living someday. Sam’s favorite things about tennis include 57-shot moonball rallies and an ace to close a match. He’s no pro on the tennis court, but he did win his middle school table tennis tournament, allegedly. He’ll eat pizza if it’s there, but is generally uninspired by it.

Having tennis-fanned for just over five years, Jeff has finally taken the next step: digivolving from emotive one-word fan-tweetings to something resembling the esteemed volunteer media. After a brief stint in the journalism program at Ryerson University in Toronto (from which his sole takeaway was that “print media is dead”) he is now two semesters away from completing his Bachelor of Arts Honours degree in Sociology at Queen’s – with a focus on gender relations (“come for the ladies, stay for the lols”). While Jeff’s actual tennis ability rivals that of a toddler, he enjoys grunting debates, napping, and the comedic rule of three. No comment on Canadian pizza.

Nick first picked up a racket at the age of 12. Since then, tennis has opened up many windows for him as a player, writer and coach. Currently a student at New York University, Nick is an avid player, was a top ranked junior player in the Philadelphia area and continues to play in USTA leagues and tournaments.  He spent several months with Tennis Grandstand in 2013 before becoming an online and print contributor with Tennis View Magazine. Nick is in the process of obtaining his teaching certification from the USPTA and has worked at Doylestown Tennis Club for six years. Outside of tennis, he enjoys playing poker, reading, and anything related to Philadelphia sports. He has no opinion on pizza.