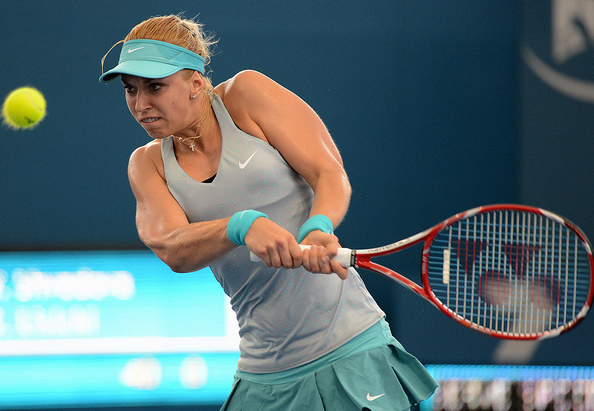 New Year, New Tactics, New Tuesday: presenting five keys to making it through the manic first week of the season.

It’s an early edition of Tactics Tuesday. Because as is so often the case during the Australian summer, it must be tomorrow somewhere, right?

We talk about the extremely busy first couple of days at the major tournaments, the amount of matches offered, and where to look first. But nothing quite compares to that first week, which boats more tournaments than any other over the course of the season. WTA tournaments in Auckland (GMT +13), Brisbane (GMT +10), Shenzhen (GMT +8). ATP Tournaments in Brisbane, Chennai (GMT +5:30) and Doha (GMT +3). And then there’s Hopman Cup in Perth (also GMT +8).

After the off-season or, rather, the Christmas break, these first couple of days might look a lot like the land of Cockaigne at first. Starting early in Auckland and finishing late in Doha, tennis is on 22 hours a day. Except for that 2 hour tick-over, people are hitting tennis balls, and almost all of it matters with ranking points up for grabs ahead of the Australian Open.

The question is – how do you come out unscathed, not (entirely) sleep-drived and still with a lot of tennis? Here are a couple of recommendations – a “How to survive week one of the tennis” tactics guideline, if you will.

Author’s Note: If you live in Europe or America, this is fairly applicable the entire Australian summer. 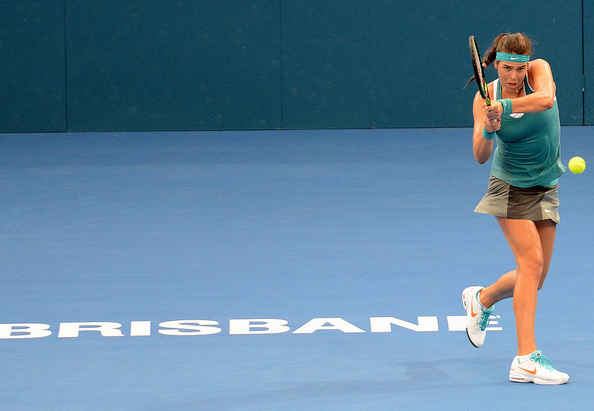 A lot of the men and women who are back on the courts have largely been off the grid for past two months. What have players been working on? Is anyone looking in particularly good (or bad) shape? Is Fabio Fognini going to do stupid things even at Hopman Cup? – these are just some of the questions worth asking.

It’s only natural, then, to want to watch as many matches with as many different players as possible immediately – DON’T.

Pick your matches, choose wisely and accept the fact that having a wealth of choice during a 22-hour tennis day results in missing out on a fair amount. A cruel twist of fate, particularly after the off-season. Because try as hard as you might, it’s nigh-on impossible to watch six tournaments at once.

59 matches I think. RT @stroppadel: I guess the season has begun... jesus, the amount of streams for tomorrow! http://t.co/r5YKE7jPVs

Also, sleeping 2 hours per night/day isn’t particularly healthy (though some of us do it anyway).

Have food available at all hours. There is nothing worse than getting up at 4 AM for a match in Brisbane only to realize you have no leftovers in your fridge, or no snacks elsewhere in your flat to comfort or calm you when a match goes down to the wire.

Apparently bagels are quite popular at the start of 2015.

Mind, if you get up for food before a changeover, Serena Williams will spot you. And she will instagram the whole thing:

You might not endure a heatwave wherever you are right now but staying up against your body’s better judgement, to watch players hit fuzzy yellow balls requires steady hydration. So drink lots and lots of water. That way you can guarantee that the only way you get a headache is when you watch e.g. Sam Stosur squander yet another massive lead on home turf.

“Can I Have an Espresso?”

If it works for Serena Williams, it’ll have to work for you. This is particularly useful for Europeans who attempt to stay up during the day sessions of tournaments in Australia – and Americans at night.

Sort Out your Social Media

Twitter remains the go-to place to gather results, screenshots, pictures and GIFs. There is no other platform that will celebrate Alizé Cornet acing Andy Murray, Sara Errani acing *anyone* and, at same time, deliver the latest doubles results and off-court news in one quick swipe.

Novak Djokovic is just 25 aces away from becoming only the 37th player to reach 4000 ATP aces. (since records began)

Having a well-sorted feed is paramount for keeping up, particularly if work or life force you to sleep through or miss a lot of the action.

Most important of all: have fun! After all, it’s only a game – a game that can consume your life for 10 months at a time, but a game all the same!

Got any other methods of how to make it through the season? Sound off in the comments, and check back in next week for our regularly scheduled Tactics.