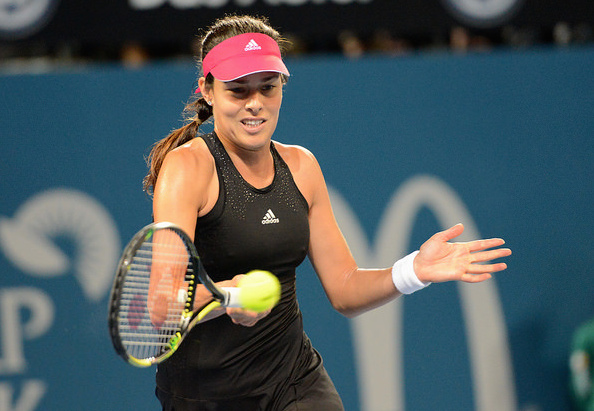 Maria Sharapova and Ana Ivanovic know each other well. They’ve met 13 times, with the Russian owning a 9-4 edge. In finals, she has dominated: 2-0. They played four times in 2014, each taking two wins apiece.

Asked to recall just one of those matches from last season and most would answer emphatically: the Cincinnati semifinals. It was an evening encounter that won’t soon be forgotten. The two played tennis that was arguably just “ok,” but the entertainment value was through the roof.

Ivanovic was all but ready to put her Yonex racquet away and walk off with the win, when Sharapova mounted an improbable comeback, ending up with match points in the third. Ana did eventually win, but not without drama. At one point she left the court, ostensibly without explanation, and came back in a new kit. The Serb then doubled over in distress, and was helped to the sideline where her blood pressure was checked. During another contentious point, Sharpova had had enough. She yelled, ‘check her blood pressure,’ to the chair umpire. However, the height of her humiliation came when she double faulted to cede her final set advantage.

For her part, Ivanovic remembers the match as one of her best. “That match in Cincinnati was actually one of my favorite wins probably, it was really tough match and I managed to save match points and actually win.”

The reigning Roland Garros winner might remember it differently, but she has tomorrow to avenge all she wants, and take this opportunity to bring home a 34th career title.

“I approach it [the final] as the last one of the event,” Sharapova began. “You’re not saving yourself for the next one. You want to put all your effort and concentration and focus until the very last point.”

“I enjoy playing against top players and having these kind of battles,” Ivanovic said. “That’s what you want to test yourself against.” 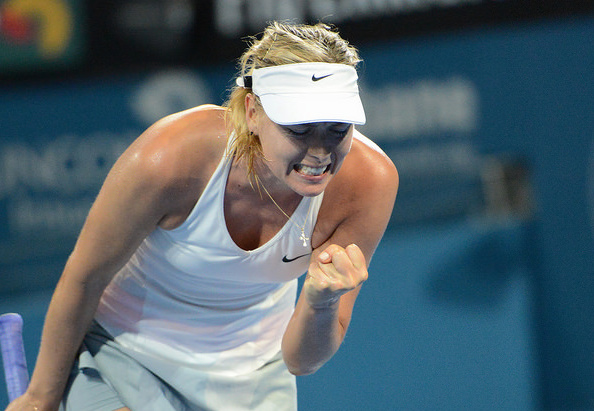 Ivanovic is ranked No. 7 in the world now. Her 2014 was steady; she played more relaxed tennis with more confidence.

“I really feel I have a different mental approach to it,” she began. “I struggled to be in the spotlight. This is something that took time to get used to because I was very shy. It takes time to learn about yourself, to mature. Now, I really try to enjoy on the court and off the court. The time I have on court it’s more quality. I really focus 100% on that.”

The balance Ivanovic now has in her life, where she takes time for friends or hops out to a movie, allows her to bring a greater quality to the court.

“I really feel since maybe year and a half I found this balance,” she said. “Then, obviously, it takes time for things to get in place and change. I really feel I found that now.”

Approaching a championship match, it goes without saying that both remember the 2008 Australian Open final, their last Down Under encounter.

“Yeah, that was just a great tournament for me overall,” Sharapova admitted. “I had one of the toughest draws in a Grand Slam environment; and, I faced a lot of different players, very different games. Career-wise it was the highlight for me.”

Months later Sharapova would leave the game for shoulder surgery. She would not return for another 18 months.

“Yeah, I remember that match, you know, very vividly,” Ana recalled. “It was my second Grand Slam final [after the French Open against Justine Henin]. I really thought I could do it. It was quite disappointing the second set at 6-2. I didn’t sleep much after that. It was a tough loss, but it made me stronger.”

Ivanovic went on to win Indian Wells and the French Open later that year.

Consistency is the ticket in any match. Both women have trouble with their serves, at times. Ivanovic’s toss wanders. Sharapova’s goes astray for what seems like no reason, as well. Their ground games are similar, and neither woman loves the net. They are power players with differing temperaments, both striving to win the last point and hoist the trophy.

This is the second consecutive year that the top seeds have advanced to the final in Brisbane. There’s not a better way to start the season with these two championships battling for the inaugural title, as they go into the Australian Open in a week.