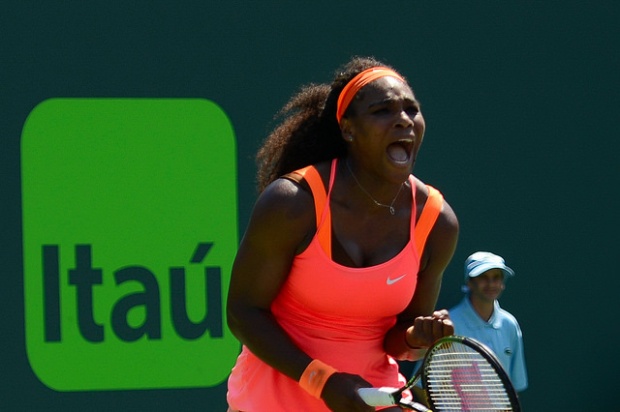 This was a lopsided match on paper.

Serena Williams has won 19 Grand Slams – most recently at January’s Australian Open – and was looking for an eighth Miami crown on Saturday.

No. 17 seed Carla Suarez Navarro has one career title, which she earned in Oeiras, Portugal, last year. And yet, she is the first Spanish woman to make the Miami final since 1993 – when Arantxa Sanchez-Vicario, the Barcelona Bumble Bee, scurried after the ball.

For that, Suarez Navarro should be proud. 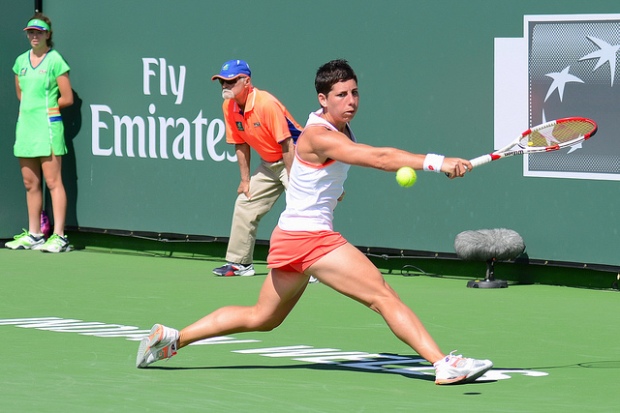 She defeated Agnieszka Radwanska, the No. 8 seed and former champion. She defeated Venus Williams, No. 12 seed and former two-time champion. And, she beat Andrea Petkovic, the No. 10 seed and 2011 semifinalist. Most importantly, Suarez Navarro will become a Top 10 player on Monday, the third Spaniard to earn that honor after Sanchez-Vicario and 1994 Wimbledon winner, Conchita Martinez.

All that aside, Williams continued to be just too much for Suarez Navarro. She lost quickly and decisively, 6-2 6-0, in less than an hour, ticking their head-to-head towards a dismal 0-5. The scoreline stings, but it’s better than the one suffered at the hands of the American on her 25th birthday in 2013 – 6-0, 6-0.

“She has the game to make me play bad,” Suarez-Navarro said later, though she did believe she could beat the top seed before they came on court.

“Yeah, before the match, of course. And during the match I believe, but every time it’s more difficult.” 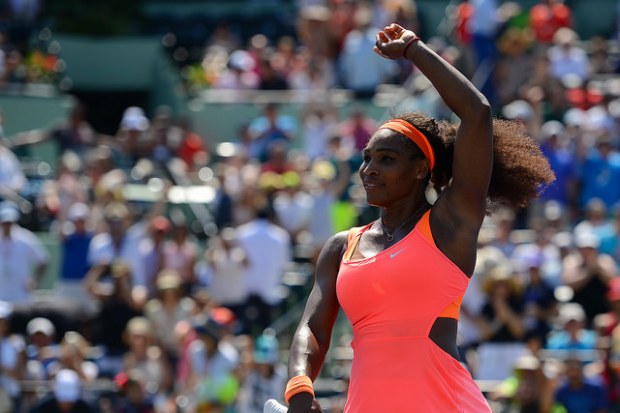 In just over thirty minutes, Williams had two breaks and the first set tucked into her bag. Her forehand, which had been misfiring throughout the two weeks, had settled down. She whipped a couple past Suarez-Navarro that had so much pace she didn’t bother to move.

The despair for her Spanish challenger was apparent.

“For me, you are the best and No. 1,” Suarez-Navarro told Williams during the awards presentation.

In less than an hour, the match was over. The undefeated American smiled and twirled, and wagged her index finger upward toward the blue Miami sky – as if to indicate her place in the game, which she has been for 110 consecutive weeks. She hugged her coach, Patrick Mouratoglou, high-fived on-court commentator, Andrew Krasny, and a nearby cameramen.

Finally, the negative voices in the American’s mind may have calmed down. She spoke to the press throughout the week of not playing her best, of “improvising [her] way to the final.” Now, at least, she can take a moment to enjoy her eighth Miami title, and 66th overall career title. She leaves Crandon Park with a 73-7 record. 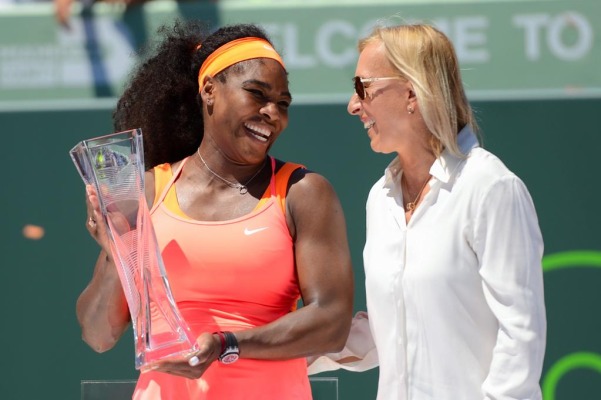 Williams dedicated the win – her third in a row – to her father and coach, Richard Williams, who was not on hand. “I love you, Daddy. This one’s for you,” she said before raising the Butch Buchholz trophy.

This was the top seed’s tenth Miami final, on a court that must feel as comfortable as Centre Court at Wimbledon or Rod Laver Arena in Melbourne. Her comfort against single-handed backhands was also elevated to a new level. She has not lost a complete match to a one-hander since Justine Henin, during the 2007 US Open quarterfinals.

“The key [for my win] was to stay focused and not let her play her game,” she told ESPN.

With a cranky first-serve percentage throughout the tournament — hovering around 50% — Williams decided to tone down her mightiest weapon.

“I just had to take the pace off because I’ve been hitting hard,” she told ESPN. She lowered the speed from “100 to 110-ish, just until I could get my serve in.” The adjustment worked. She won 61% of first serve, and won 95% of those points.

Williams plans to use the victory as fuel for the red clay swing coming up in Europe. The next WTA Premier Mandatory tournament is Madrid. However, she has said she will play Fed Cup as a tune up; that tie is scheduled for the weekend of April 18 and 19, against Italy.

Serena, as always, was kind to the woman she demolished. She told Suarez-Navarro, “This is just the beginning. You did really well these two weeks.”

But if the Spaniard could have one weapon in Serena’s arsenal, what would it be?

“Just the serve,” she said. “She won a lot of points with the serve. For me game [it] would be better.”