The Latest
Embed from Getty Images

This time last month, Nick Kyrgios’ Australian summer came to an abrupt end. The World No. 41 was a fancied pick to upset Czech Top10-stalwart Tomas Berdych in the third round in Melbourne but the Czech was positively callous in his four-set victory over an erratic Kyrgios in Rod Laver Arena. Today, both men will face each other for the second time in as many months — and the 21-year-old would be all too happy to turn the tables on his 30-year-old opponent.

“Well, I obviously played Berdych at the Australian Open and he beat me there. He’s playing well, he’s really agressive. Great serve.”

The 21-year-old is currently traveling without a coach — and isn’t really looking to add one to his team either in the foreseeable future.

“I don’t know, I’m not really looking for a coach. I think I’m playing really really good and I know what I need to work and where I’ve got to get better and got the right people who give me good tactics before I play.”

Later, he elaborated further on why he’d rather have good friends and people he’s close with on his team rather than an “outsider.”

“Yeah 100% [it’s more important to have people I’m close with than a coach on my team]. Yeah, they’ve obviously got my best interest at heart and obviously good mates as well — I’d rather that than someone I don’t really know.”

Berdych, on the other hand, made a massive change to his set up a year ago — adding Dani Vallverdu as his coach and Jez Green as fitness coach at the end of 2014. The Czech split from longteam coach Tomas Krupa to get some fresh input after over a decade of playing on tour.

“I think it’s been many things, lots of details that I was missing in my game –with the strategy of the matches, how to approach the matches, how to prepare for different opponents but also maintain the main things. I want to keep the consistency of the game and try to add some more aggression, play a little bit more risky, just to bring a little bit of spice into my game as well.” 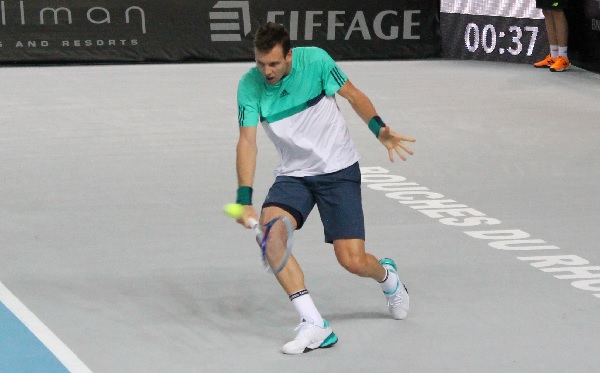 After a topsy-turvy opening match against German Alexander Zverev, Berdych had far less problems dispatching David Goffin in the quarterfinals. The Czech had a sluggish start but overcame an early break deficit to an untroubled 6-3, 6-4 victory.

Kyrgios, much like Berdych, also stromed to an easy victory over someone he has crossed paths with rather frequently and at important moments of his career – and delivered a 6-0, 6-4 drubbing to Richard Gasquet.

“I mean the loss in Cincy [editor’s note: right after “sledge-gate” in Montréal] was a bit of a wildcard — obviously I wasn’t really there. He’s beaten me a couple of times; he’s a great player but I feel like I’ve gotten a lot better over the past couple of months and I’m returning a lot better.”

So far it’s been a great serving this week for Kyrgios — the 21-year-old fired 34 aces in his last two matches, which averages to almost two aces per game. Kyrgios needs maintain that kind of zone on his on serve in order to get past the man who cut his appearance in Melbourne short.

At the Australian Open, the World No. 41 had numerous disagreements with chair umpire James Keothavong, complaining that he was hearing music in the stands during points and generally appeared frazzled throughout most of the four sets. As much as it’ll be necessary for Kyrgios to avoid these mental lapses, it’ll be paramount for Berdych to look at his side of the court and ignore all sorts of reactions across the net — much like in Melbourne.

“Yeah, that’s the main – and I don’t wanna say only — but very important thing for tomorrow,” Kyrgios said. “Just to stay really focused, try to really see just my side being very focused with regards to what I’m gonna do with my tennis, try to wait for my chances, try to create my chances and take them.”